Ten Moments That Give Me The Willies 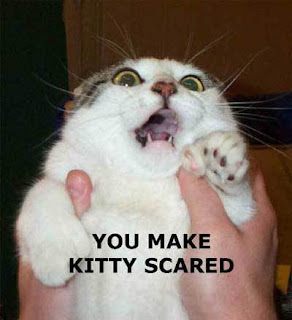 So my good friend and sister-in-horror Andre over at the fantastic blog The Horror Digest named her top ten moments that give her the willies. Not only that, but she tossed out a friendly challenge for the horror blogging community to name our favorites. Well, I like making lists, and I like sharing what I enjoy about horror and things that go bump in the night. So I give to you, my dear fellow survivors, this list of ten moments across media that give me the willies a.k.a. the heebie-jeebies:

While the Ringu and Ju-On films are the Japanese horror flicks most people know about, there's this little 2001 offering from Kiyoshi Kurosawa called Kairo. It was remade in the States as the largely forgettable Pulse, but the original - as is usually the case - contains more creeps and a more solid storyline. There are several moments in the film that could qualify as creepy, including a scene with an airplane crash landing into Tokyo that is somehow haunting instead of terrifying. However, this little scene with a ghost stalking one of our young heroes is downright chill-inducing:

The Stand miniseries - "eat chicken with me" guy

I got into writing because of Stephen King. I read The Shining in two days as a middle school kid one summer. 'Salem's Lot was - and still is - one of my measuring sticks for vampire fiction. And no, his vampires don't mope around and sparkle. The Stand marked my first modern epic as I read feverishly - no pun intended, maybe - about my first exposure - OK, maybe pun intended - to apocalyptic infection horror, a genre that I still hugely enjoy to this day. One line in the book that seemed so absurd, yet so skin-crawling, was uttered by a dying man Stu Redman runs into while escaping the research hospital. To my eternal joy, the book was made into a fine miniseries many years later, and King left that line of dialogue in the screenplay:

"Down In The Park" by Gary Numan

I'm going to switch forms of media here to music, and a piece of music from the early 80's by the amazing Gary Numan, who also performed the hit, "Cars." "Down In The Park" is a song about a bleak, dystopian future where machines do horrible things to humans, who can do nothing but watch the horror unfold. Sample lyrics include: Down in the park where the Machmen meet/the machines play kill by numbers/down in the park with a friend called Five or Come to Zom's, it's the place to be/like it was built in one day/you can watch the humans trying to run all set to a minimalist, creepy little backdrop of music and sung by Numan's almost android-like voice. Use your imagination to peek into the frightening future he conjures:

1980's The Changeling featured one of the grand old men of grizzled, George C. Scott, in an atmospheric haunted house story as a man mourning the tragic death of his family while investigating the strange occurrences in his new home. He brings in a psychic to contact the ghost and the seance itself is pretty crazy, featuring automatic writing and things moving on their own. But it was after the seance that always gets the chills going down my spine as Scott listens to a reel-to-reel tape of the seance. The following video picks up right at that point:

Lake Mungo has to be at the top of my list when it comes to not only faux documentaries, but creepy ghost movies overall. The ghost footage was enough to get me to turn on the all the lights, but it was what the dead girl's cell phone captured on video that made me screech...I mean, high-five myself. The following video is the trailer, which shows enough to get the willies going, but you need to see the scene in question within the movie:

Kids today with their hula hoops and their Xboxes and whatnot. I'm not caught up on the gaming scene like many others. In fact, I still have and enjoy my PlayStation 2. Years ago, I recalled seeing a trailer for a scary-looking game called Silent Hill, so I just had to try it out. I now have the first four games, each having been played multiple times. In the dark. There are so many scenes that get me chilled, but in the original, there is a scene featuring a young nurse who helps the protagonist. She's a tragic figure as you'll see in the video, when she realizes what she is and how she struggles wordlessly to maintain her humanity (starts about a minute in):

Andre labeled this as one of hers as well, and who am I to disagree? The [REC] films are amazing, and my love for them is well-documented in this blog here and here. While I almost chose a quick scene towards the end where the camera peers down the long stairwell to capture a horde of infected faces staring back, I think the final moments of the movie are so incredibly intense and creepy, this part of the movie bears repeating on my list. The fear is so palpable and you are right in the thick of it:

It's also no secret that I love the original Dawn of the Dead. There are so many moments I could throw on this list from this movie alone, including the trailer, which was a "kindertrauma" in its own right from my childhood. I choose two scenes in one long clip, one rather in-your-face and one somewhat subtle, but both equally creepy to me. The first willy-inducing clip is the tenement basement scene. The people of the tenement have discarded their "dead" in the basement of the building. SWAT guys Peter (Ken Foree) and Roger (Scott H. Reiniger) see what has become of the once-living people, and that's when it hits home. The music by Goblin and the increasing disgust and sadness on Peter's face just makes this an incredible scene. The subtle clip of which I spoke is as the heroes of the movie leave the docks in - wait for it - the WGON HELICOPTER! Woo-hoo! As they ascend into the night sky, the lights in an office building go out a few at a time. It's symbolic of the lights going out everywhere and serves as a haunting reminder of the end of the world:

Seriously. This is so disturbing. It aired on TV, and may go down as one of the scariest scenes ever broadcast on network television. Sheryl Lee was insanely fantastic as the dead Laura Palmer around which the surreal series centered. Here, in the series finale directed by David Lynch, FBI Agent Dale Cooper (Kyle MacLachlan) has entered the mystical Black Lodge to rescue Annie (Heather Graham) from his evil mentor, Windom Earle (Kenneth Walsh). In his quest, he meets Laura Palmer's doppelganger, who isn't exactly the best person to run into in the Lodge...or a dark alley...or your dreams:

One of these days, I'm going to get around to doing a blog about one of my all-time favorite horror movies, John Carpenter's brilliant Prince of Darkness. A group of students are summoned by a physics professor and a scared priest to investigate a strange container that may hold the Devil himself. It is dark and heavy in atmosphere and an a street-level preview of the end of the world as one of Carpenter's "Apocalypse Trilogy" (The Thing and In the Mouth of Madness being the others). During the movie, several people experience "dreams" that turn out to be broadcasts from the future. I still get chills when I see them:

And so there you go, ten moments that give me the willies. Thanks, Andre, for putting out the challenge! It's always fun to not just share what I love about creepy movies and such, but to find out what others find scary in movies, music, TV, video games, and books.

Well, I've got to run, my fellow survivors. The undead outside the compound walls give me the willies, and I've got more movies to watch and talk about here on the Helicopter. Coming up next, I'll talk about the recent remake of 1973's The Crazies.

Until next time, stay safe and cool.