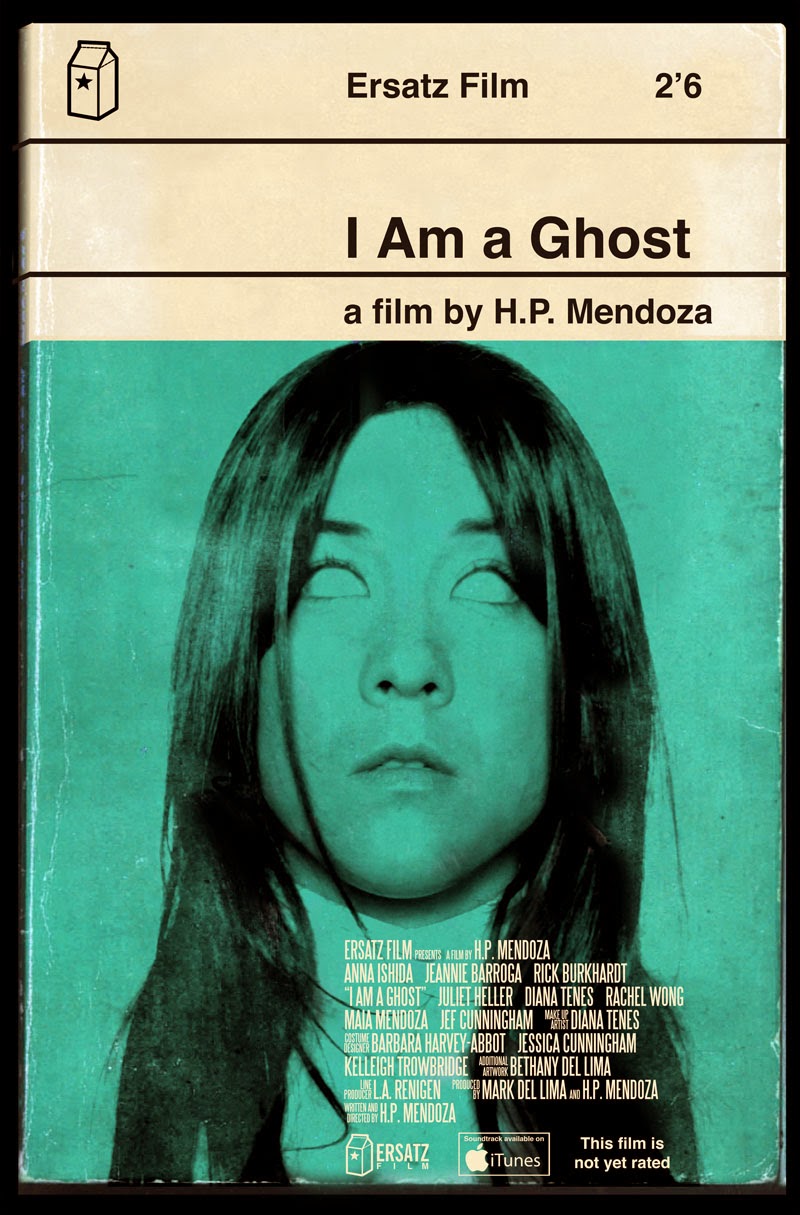 One of the joys I have of writing this blog is spreading the word of various horror movies:  classic, new, big budget, indie, strange, subtle...well, you get the idea.  It's a genre I love, and I like to put my thoughts out there.  One of the bigger joys is touching base with independent filmmakers and performers.  I always feel like if I can get at least a few more people to see their work based on an article I write, then I'm happy with that.  It's fun for me, and I've been able to meet some really nice, talented people.

This brings me to the fun I had watching I Am A Ghost, an incredibly impressive independent horror film written and directed by H. P. Mendoza.  I'd been aware of the film for a while, and when I was made aware that the film was available on video-on-demand, I had to check it out.  Having been in touch with the filmmakers before, I was excited to see what they had created.

I was not sorry.

Boy, was I not sorry!  What I got to see was an ambitious, carefully-crafted thriller that looked great and featured an excellent performance from a leading lady, and taut suspense that wound up right until the final frame.  I love indie filmmaking because of the energy and the outside-the-box creativity and the hunger to craft a great film with sometimes very little in the way of resources.  "Working with what you got," some would say.  I Am A Ghost works with what it has, and then some. 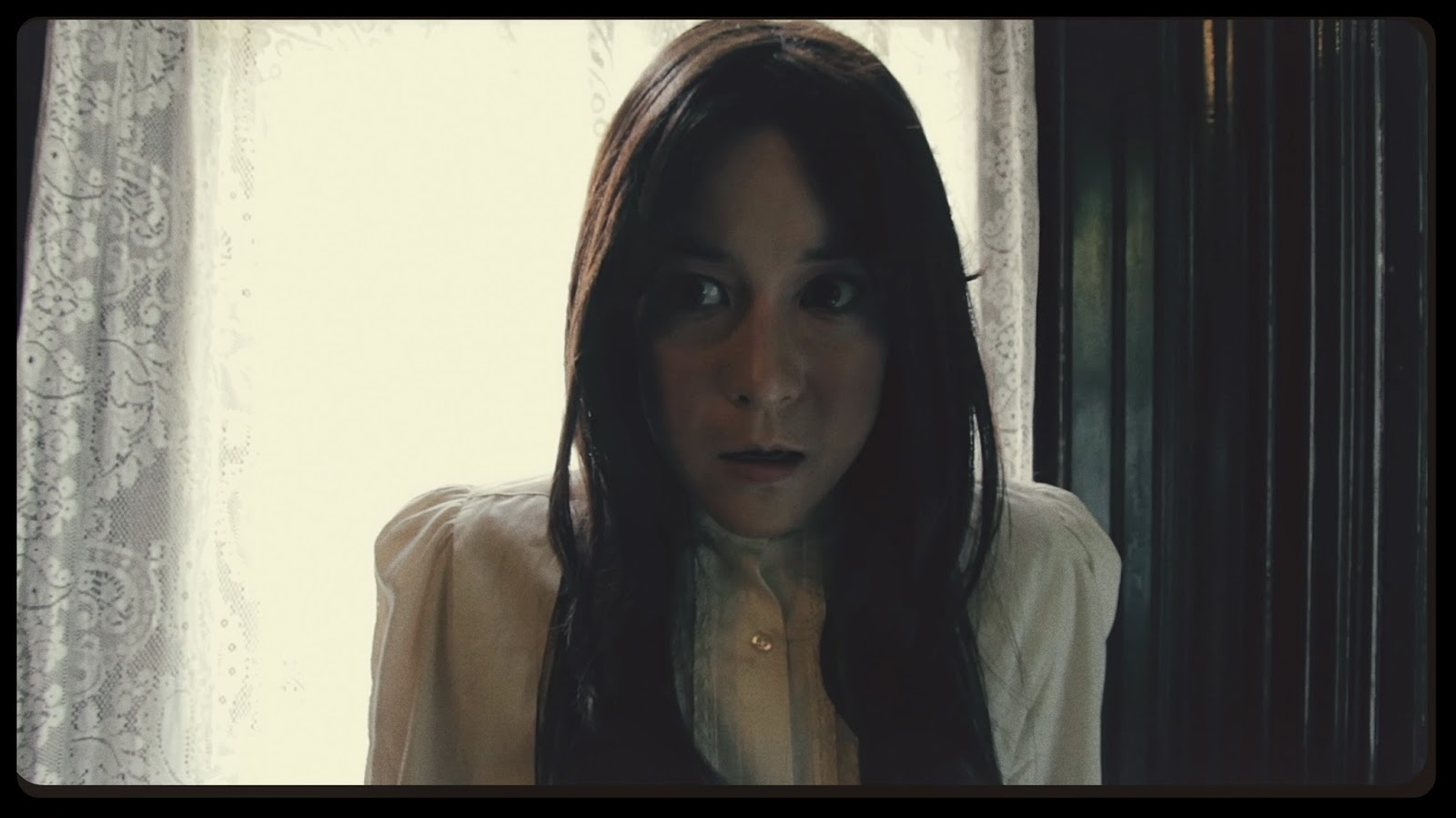 Anna Ishida plays Emily, the title character.  It's no surprise that she's a ghost going through a mundane daily routine in a huge, beautiful house.  There are some things that seem a little off, such as Emily's breakfast time and the moments where she cries in pain and confusion in front of a mirror.  In one certain room, she hears a disembodied voice calling her name:  a medium named Sylvia (Jeannie Baroga in an unseen role).  Sylvia tries to help Emily leave the house, but some unknown factor keeps her there.  As the film unfolds, Emily struggles to uncover the mystery of how she died and how she can finally move on to the afterlife.

The film has a 60's and 70's look to it, right from the title card (and you know how I love those).  The screen borders are curved throughout, creating a unique point of view.  Despite the spaciousness of the house, there is a sense of claustrophobia.  Something is happening with poor Emily, and we're not quite sure what yet, although it becomes clear as the movie builds towards a horrifying climax.  Mendoza has built an intriguing, great-looking film that he expertly guides you through.  His is a voice and vision I'm excited to see grow from this already-strong base. In terms of performance, Ishida owns the screen.  Her Emily is scared, confused, complicated - and Ishida gracefully brings each of those facets to the forefront.  She is the face of the movie, and she is more than up to the task. 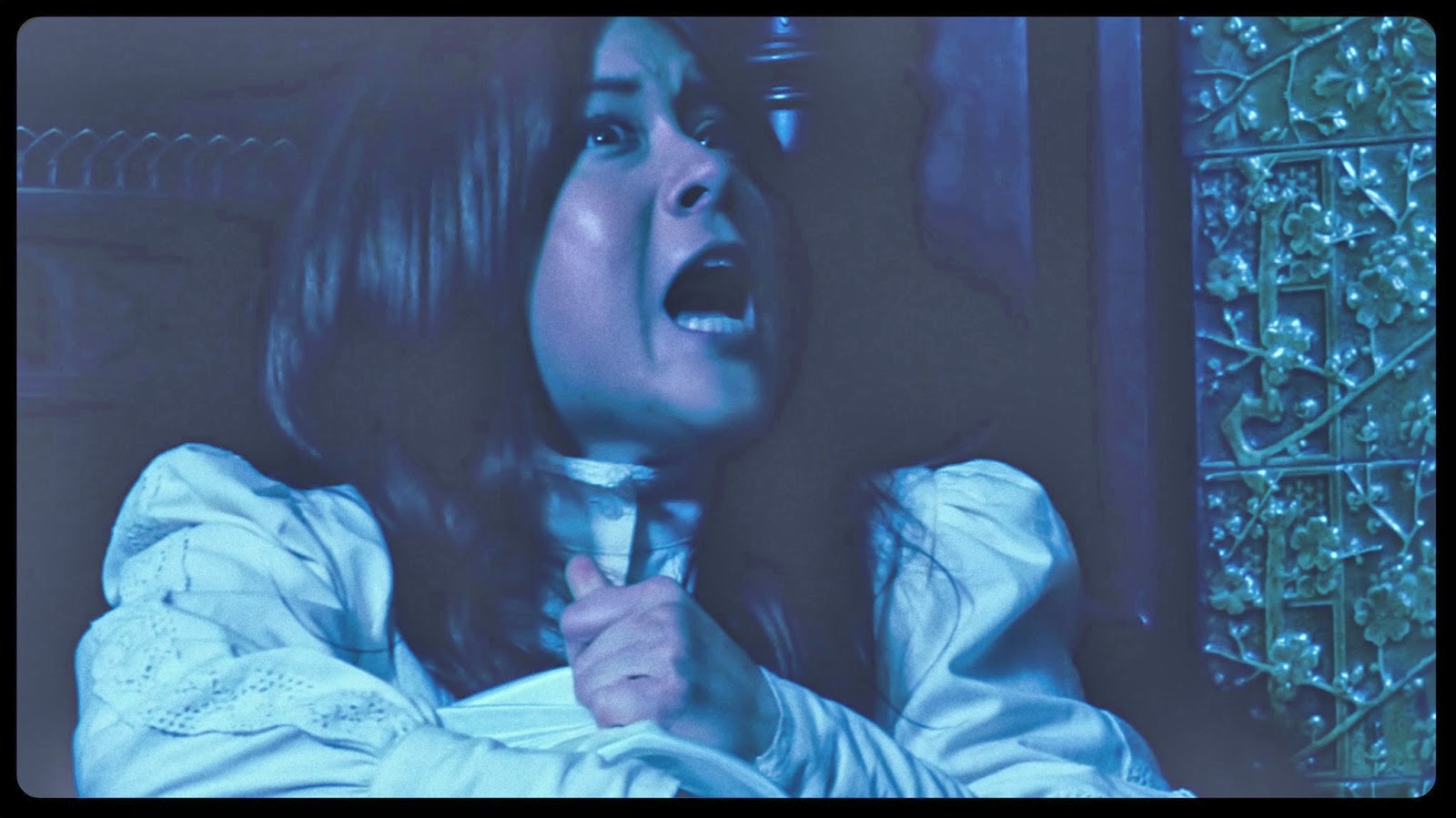 I've had the opportunity to see and review quite a few great independent horror features, and in communicating with the filmmakers and performers, I'm always happy to see the passion and the excitement they have in creating something new and something unlike the paint-by-numbers too often seen in big studio fare.  I'm excited to see what these creative people having coming down the pike, and really hope to see more from Mendoza and Ishida.

I Am A Ghost is available on DVD and VOD, and if you'd like more information, check out their website right here.

In the meantime, check out the trailer: