Yeah, I've been slacking again lately, but I'll have more reviews coming soon. In the meantime, it's another edition of The Helicopter Bay while I do some routine cleaning of the chopper. Zombie brains are pretty hard to clean off the blades, but I was showing off during that last rescue.

Onto the tasty tidbits:

* While I had no horror movies to report on, I did manage to see a few others of varying degrees of quality:

--2012 didn't fail to disappoint. I knew going in that it was going to be a simple, over-wrought disaster movie. But even the scenes of wanton destruction left me hoping for a more spectacular end to the world. The movie was about an hour too long and was full of convenient deus ex machina. "Oh, hey, he happens to be a pilot!" Yeah, lots of those.

--On the other hand, the brilliant Black Dynamite was like a hidden treasure. Slightly more subtle and closer to a real homage than the very funny I'm Gonna Git You Sucka, the movie was simply a great time with an intentionally so-bad-it's-good script and blink-and-miss sight gags. Highly recommended. 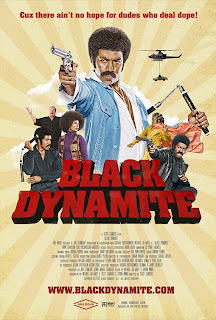 * It's looking more and more likely that a trip will be made to attend this year's Chiller Theater Expo in New Jersey. More details to come because I don't want to jinx it.

* Horror movies are on their way to me now, including Orphan - which I've heard both good an bad things about (mostly bad, to be honest) - and Plague Town, which I know nearly nothing about. I need to take more advantage of the instant watch gimmick on Netflix, too.

* With "The Walking Dead" really moving along as a TV series at AMC, I'd definitely like to write a blog about the comic, as it is quite honestly a brilliant book. Recently, another plague-centered comic, "Crossed," finished up and is about to have a spin-off called "Crossed: Family Values," written by David Lapham and drawn by Javier Barreno. I'd like to do a write-up on the original series before the spin-off is released. 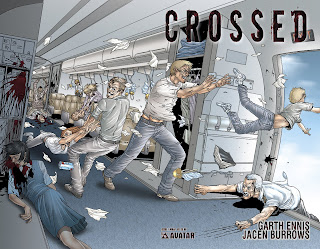 Well, that's about it from here. I'd better get the hose going to spray off the chopper's windshield before it gets too gunky. Take care out there and don't hesitate to radio if you need assistance. That approaching loud recording of Motorhead's "Ace Of Spades" will be me.