Hey, there, survivors. The WGON Helicopter landed for the first time in Parsippany, New Jersey, to attend the Chiller Theater Expo, and oh, what a beautiful experience it was, and not just because of Twin Peaks' Sherilyn Fenn: 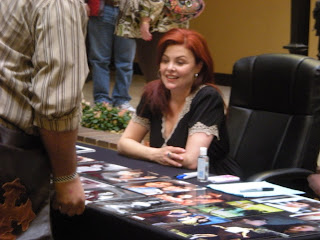 It was a gathering of pop culture goodness, with the strongest concentrations in horror. The Hilton was packed to the brim with fans that were not only happy to be there, but happy to be amongst others of their kind: horror aficionados that wanted a personal experience with the stars and items of their favorite genre.

Overwhelming? You bet. Mostly in a good way, but "convention regret" did set in. So many things to buy, so many people to meet. Next time, I may have to bring enough money to feed a small country to do everything I wanted to do. In reality, I don't regret a single thing about my first experience there. I just wanted to be there. Any loot I scored was going to be a bonus. 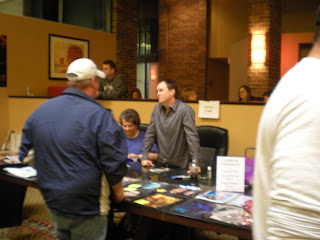 One of the most charismatic actors, and one who seemed to be entirely charming, William Forsythe (Devil's Rejects, Out For Justice): 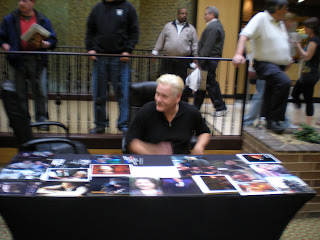 Over on b-sol's report on the show, he focused on these dolls as well, but I had to show the awesome Nurse Zombie and Shaun of the Dead dolls on display: 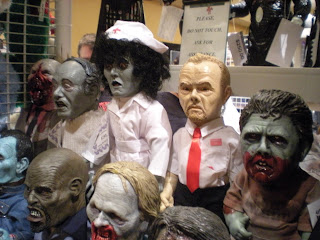 As a young kid, I once had a terrifying night terror about these Zuni dolls from Trilogy of Terror, an incident that steered me towards the excitement and allure of the horror genre: 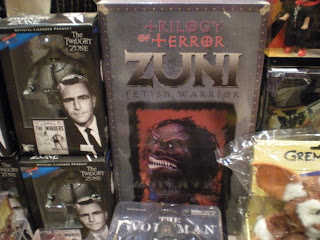 One of the main reasons I wanted to go was to meet people from the original Dawn of the Dead. There were several to choose from, and I really wanted to interact with them all, but I chose one to get the autograph and picture with using my limited funds. David Crawford, who plays Dr. Foster in the film, has a short part, but delivers some of the most memorable lines in any horror film:

Yeah, that's pretty damn awesome. Well, I have to say David Crawford was equally awesome in person. A friendly, funny guy who offered to "reenact" the scene with me: 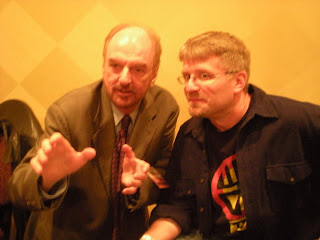 Plus, he signed a picture with the exact quote I'd hoped he would include, without me asking: 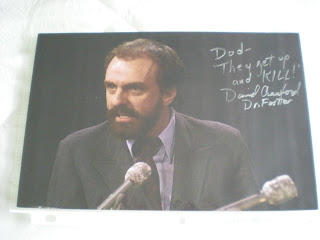 To me, that was amazing. Thank you, sir!

I also was able to score this sweet print of the British poster of Dawn of the Dead, which features prominently in the British TV series of which I seem to have an obsession, Spaced: 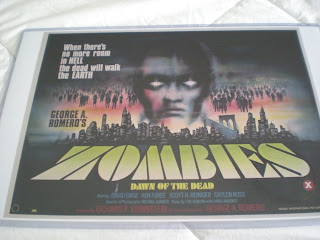 Worth every meager penny spent, Chiller Theater was worth it. You can rest assured that the helicopter will be fired up and flown to it next year, without hesitation.

Until next time, fellow survivors, remember to always hose off the front of your vehicle after plowing through the undead. Trust me on this.