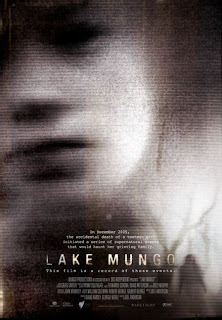 When it comes to horror movies, I've been around the block a few times. Seen some wild movies in my many years on this zombie-infested Earth. As I got older, I got wiser to the ways of filmmaking so that the old trope "it's just a movie" became ingrained.

But Lake Mungo made me turn the lights on.

I'm going to break tradition here and change up the recap a little. You know I like to run down the movie, even throw in some spoilers just to whet your appetite, but I want to take a different approach to this one. There's something special about Lake Mungo.

This Australian offering, written and directed by Joel Anderson, is filmed documentary style and has all the trappings of a serious documentary about a young girl's death: news reports, emergency call recordings, interviews with friends and family, and barely-there ambient music. This movie not only looks like a documentary, it feels like one.

Right away, we learn that 16-year-old Alice Palmer (Talia Zucker) has gone missing and presumed dead while swimming with her family. They hold out hope that she's still alive somehow, but those hopes are dashed when her body is discovered downriver. The Palmer family - father Russell (David Pledger), mother June (Rosie Traynor), and brother Mathew (Martin Sharpe) - must now deal with the death of their sweet Alice. By all accounts, she was bright, popular, and sweet, and it's true, the poor girl did not deserve this death. 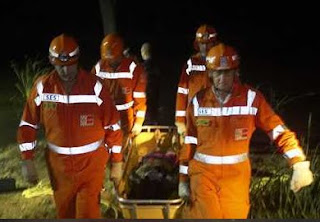 A few days after her funeral, strange things begin happening, according to Russell. Unexplained sounds, realistic dreams, and doors closing on their own are some of those strange things. The family's dealing with stress of their own, as June relates she's not sleeping and entering other people's houses to "be inside someone else's life for a while."

Mathew is an amateur photographer, and captures an image of what he is sure is Alice in the backyard. Another man surveying the river levels captures what appears to be Alice in a photograph. Later, when Mathew sets up a video camera, he captures an image of someone coming out of Alice's room. Cue those sets of chills. June becomes convinced Alice is a ghost in their home and contacts a psychic, Ray Kemeny (Steve Jodrell). She brings him to the rest of the family in order to hold a seance, which Mathew videotapes. Sure enough, another image appears and yeah, the chills come right back.

When a couple out videotaping at the same river captures an image of someone there, the film takes an interesting turn. Things turn out to be not quite as they seemed, and it goes much deeper than that. But wait, the movie's not entirely halfway over yet. Surely, there's more to come. 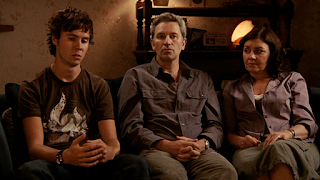 Oh, yes. Much more. So much more is to be revealed about Alice. When the movie takes the aforementioned turn, we know very little about the young woman, other than that she was a vibrant, sweetheart of a girl whom everyone loved. Yes, there is so much more to be learned about Alice, and it is sad and it is heartbreaking.

Not only do Alice's heartbreaking secrets come to light, it turns out she'd been following a path for a period of time leading up to her death. As her family uncovers clues, they're led to Lake Mungo, a prehistoric lake turned sand dune, where Alice had recently gone with her class for an overnight outing. What is revealed on cell phone footage is not only telling, but downright chilling. And I mean right to the bone. You might find your breath hitching, as if you're trying to wake up from your own sudden nightmare. It will hit you. Trust me on this.

Lake Mungo leaves you with a sense of immense sadness after the creepiness of the climactic scene fades (or does it really fade?). It's the story of a family reeling from grief, then punched in the gut by the secrets that Alice harbored. They strengthen their own bonds over this series of devastating emotions, but Alice is still dead. By the end of the movie, you feel the sadness of her life as well as her death. You might even want very much for her to have lived somehow so she could have grown past what we discover about her.

With a faux documentary, one of the traps is the actors are just that: actors. There is a difference between those trained to be in front of a camera and those that might be hurriedly coached. Recently, I caught a bit of The Fourth Kind. The "real" footage in that movie looks pretty good. In fact, it looks too good. It's framed too well and the nuances of the performances are too obvious. You can tell it's acted. In Lake Mungo, don't be surprised if you want to check around to see if this really is a documentary about the Palmer family. The acting is so natural, and they seem like real people you may actually know.

I was warned by my fellow blogger The Jaded Viewer that I might turn the lights on during this movie. I thought, "sure, that'll happen." It did. And I'm not ashamed to admit it, either. This movie was creepy for all the right reasons. It gets under your skin and into your head. You won't forget it. For now, enjoy the trailer:

OK, dear survivors, it's time to get the chopper up in the air. Remember, get some earplugs if the moans of the undead start making you feel a little batty.