The WGON Helicopter Turns One! 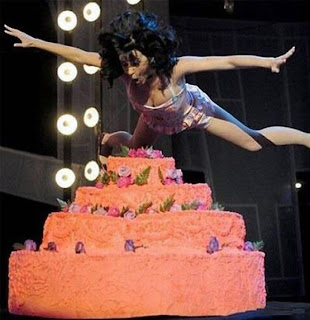 One year ago, I decided to do something about my love of horror movies.

I already had two blogs, one about writing and one about random musings, but they didn't take. I'd been reading a couple horror blogs, and realized over time that I wanted to share my voice when it came to the genre. I'd been writing a lot, but felt like shifting gears into something other than fiction...or attempts at fiction. I thought it would not only be good practice, but maybe I could share my light-hearted views about the genre I love the most.

The first movie review had to be, of course, the original Dawn of the Dead. The whole blog is named for the helicopter the characters take to escape the city. Please enjoy that first review right here.

Now, a year later, I am so glad I decided to do this. 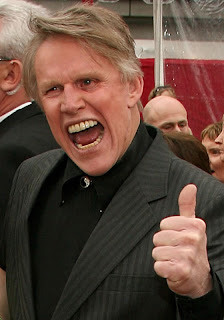 It makes me as happy as Gary Busey eyeing a fresh endocrine system that I've had the opportunity to connect with so many new friends and peers, other horror fans, writers, filmmakers, and bloggers that have welcomed me into the horror blog family with friendliness and open arms. I've received so much support from a number of people - too many kind words to single out, so look over to the right in the side bar for the blogroll. Those are people who have been kind to me, supported my efforts, made me laugh, or gave me a good read. That list continues to grow, and if it's missing anyone, rest assured they'll be there. Go visit them, read their blogs, and get to know them. They're one of the main reasons I'm inspired to write a horror blog. 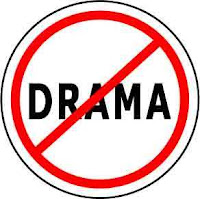 One thing you're likely not to find on this blog is drama. It's not what I started this thing for. That's not to say I wouldn't address a problem if it became personal, but I try to avoid drama. I'm in this for the fun and the friendship, bound together by the common thread we all share in things horror. I don't mind being the guy people vent to or confide in - it's just I have enough stress and don't need to be a major player in some kind of drama play. I'll listen behind the scenes, but this blog is for horror.

What's ahead for The WGON Helicopter? I'll just keep doing what I enjoy doing: writing. I've focused mostly on film, but as you might go back and find, I do have some posts on music and television. I'll try to throw in more variety. I'd been wanting to do a post on Avatar Press' insane infection horror comic "Crossed," and the last issue just came out, so that's a definite. I created a YouTube account for the site, but haven't used it yet. There is a chance I'll do some vlogs at some point - that might be a blast although I don't know if the webcam would flatter me. Oh, well. If it's fun, who cares if I look like Steve Zahn just woke up?

So, one year gone and hopefully many more to come. More reviews, more musings, more things to help you smile while the undead groan outside your windows. Should you ever want to say hi, my contact info is at the top - that may grow, too, as I add more chat places.

Now back to work. I heard there were some survivors just west of here...

Email ThisBlogThis!Share to TwitterShare to FacebookShare to Pinterest
Labels: birthday, one year, thanks, wgon helicopter