Paranormal Activity: The Marked Ones (2014) Weird Neighbors and Eye Hairs 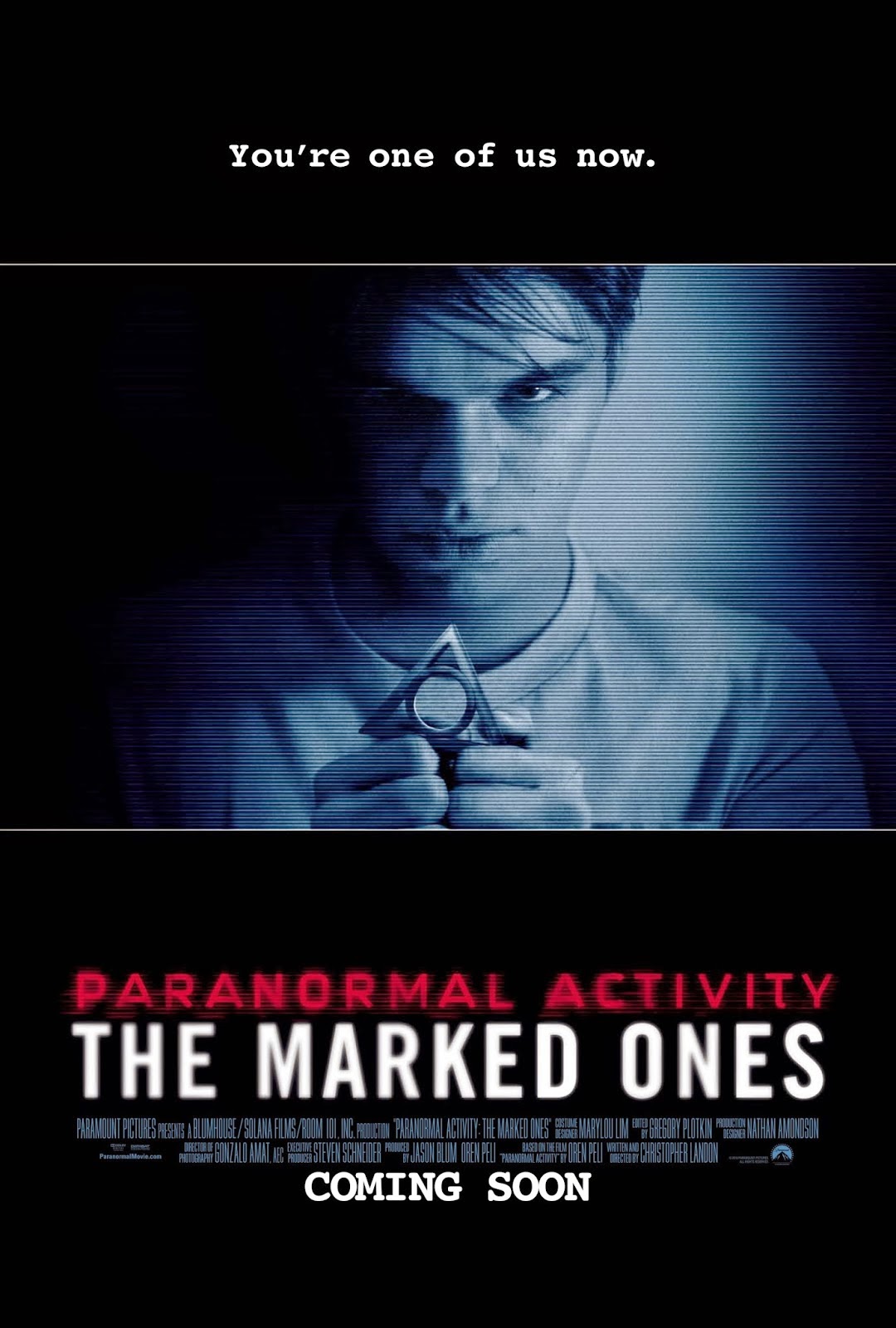 Usually when sequels go on and on, the quality of a product lessens.  I suppose that's true of the Paranormal Activity series, as I honestly found this installment to be the least scary.  That's not to say it was bad.  It held my interest and added some new wrinkles to the mythology.  It relied less on the atmospheric build to jump scares and more on strengthening the underlying story.

In this story written and directed by Christopher B. Landon, the action takes place in 2012 as bright young high school student Jesse and his friends Marisol and Hector get into all sorts of summer mischief with a camcorder in the urban Los Angeles neighborhood of Oxnard.  Jesse and Hector live in a nice little apartment complex where everyone knows everyone, except for one woman named Anna, whom they all label as being a witch.  When Jesse and Hector catch some weird goings-on in Anna's apartment on tape, they're even more sure - the woman paints some strange symbol on a young woman's torso.  Not only that, one of their esteemed classmates was seen storming out of Anna's apartment. 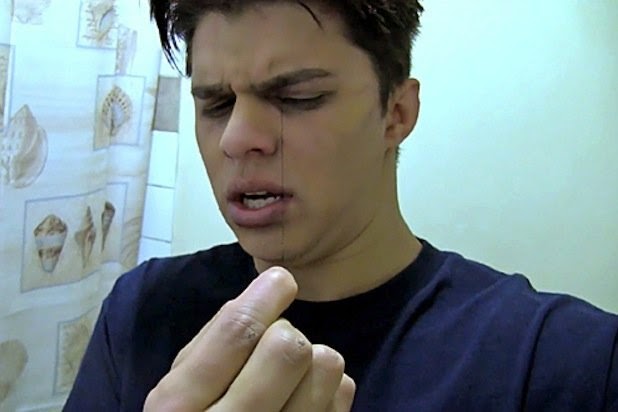 One night, after seeing their classmate fleeing in the night, Jesse and his friends discover that Anna was murdered.  Of course, they don't leave well enough alone and figure it would be a good idea to check out her apartment.  Surely nothing bad will happen.  They find a run-down, messy apartment but nothing too far out of the ordinary.  But then strange things begin happening to Jesse:  bad dreams, bite marks on his arm, occasional bouts of invulnerability, EYE HAIRS. After discovering a basement in Anna's apartment, the weird meter gets turned up to 11 as Jesse encounters ghostly women (including young versions of previous movies' characters) and a mysterious figure that charges him.  When he finally emerges, he's just a little...different.  Darker.  Meaner.  More likely to laugh at people falling down.  It's now up to Hector and Marisol to cleanse their friend, but you know that's not going to go as planned.  No sitcom freeze-frame laugh as the credits roll.  They seek the diverse help of the survivor of the second film, and the gangbanger brother of the kid who killed Anna as they travel to a house that should be familiar to those who have seen every installment.  From there, it boils down to a confrontation with the residents of the house...sort of.  There's also a run-in with poor, doomed Jesse and a bit of a visit to the early days of the franchise. 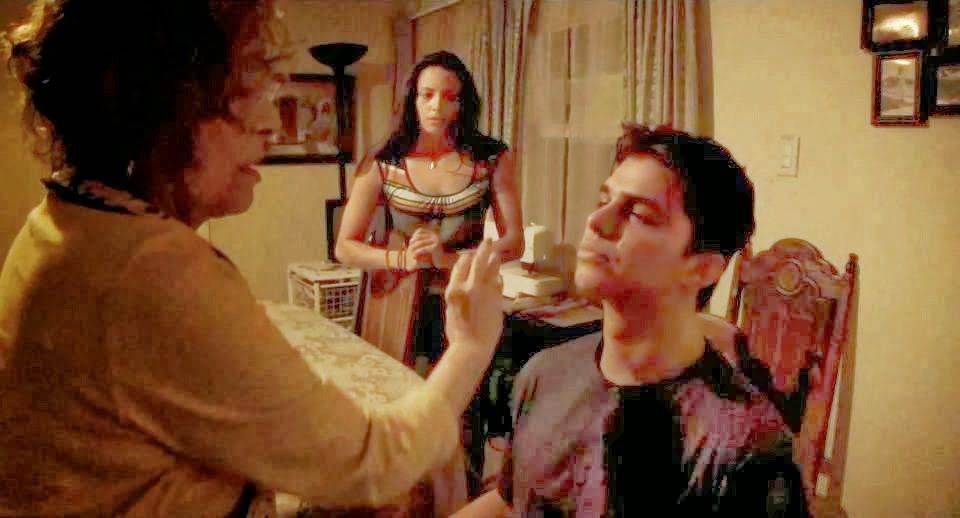 Paranormal Activity: The Marked Ones didn't have the creeping threat that the other movies had.  It expanded the mythology by showing there's a wider conspiracy, and the viewer is privy to some actual supernatural methods employed by the coven that we all know.  Nothing about the movie is really bad, but nothing really jumped out at me.  The ending was interesting, and of course, there are more questions to answer - which leads to more movies.  Although this installment was the least successful, this franchise is a consistent money-maker so there are sure to be more movies and more layers to the story.

And I'm sure I'll watch them.

Meanwhile, take a peek at the trailer: