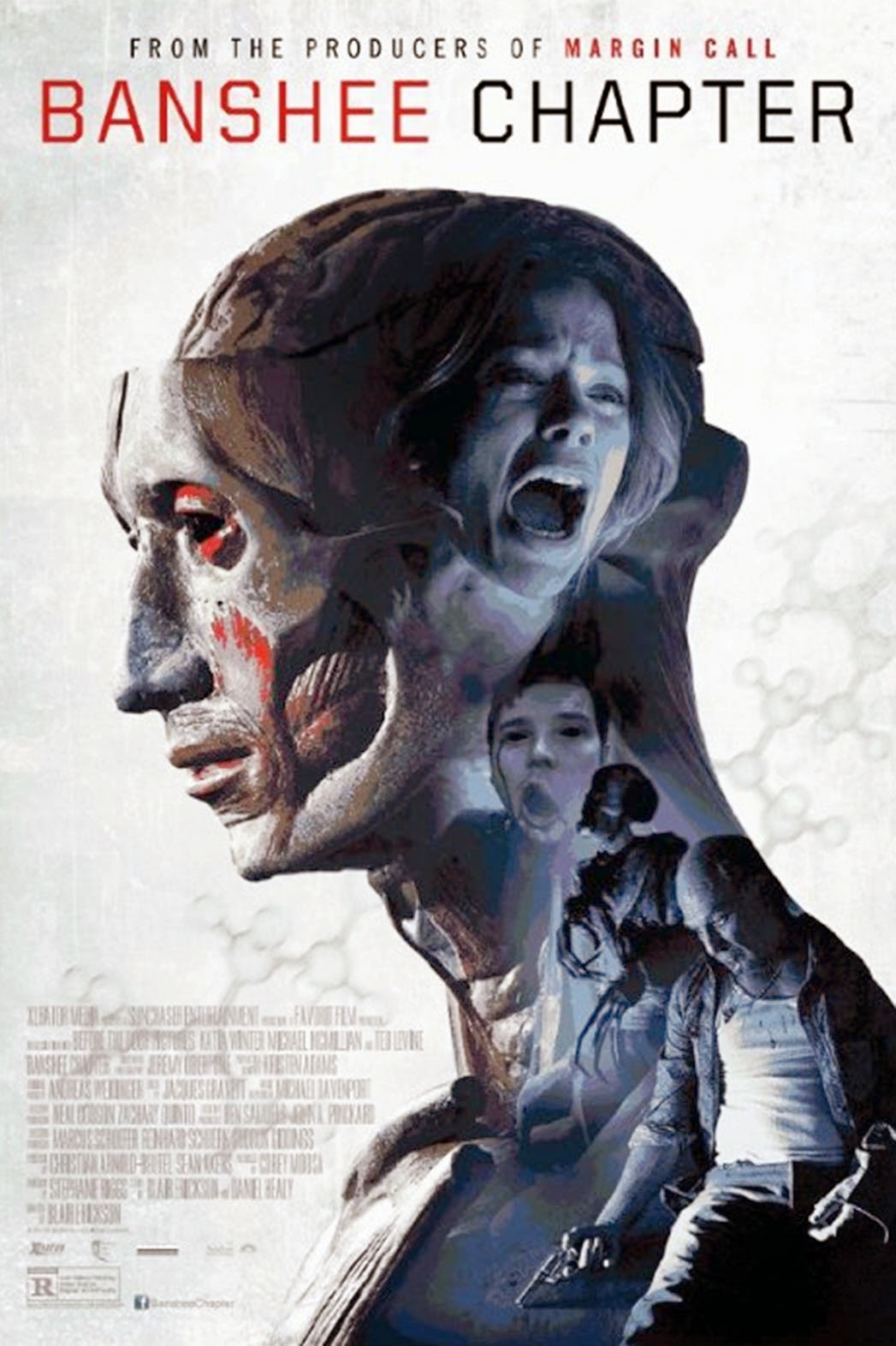 A couple things that creep me out are Lovecraftian-style stories and number stations.  You know, number stations...those mysterious shortwave signals of people talking or reciting numbers or other repeated gibberish?  Creepy.

And stories in the vein of H. P. Lovecraft, in which unspeakable horrors always lay just on the outskirts of perception, waiting to scrap through into our world and drive us mad?  Also creepy.

In the sort-of found footage flick Banshee Chapter, you get all that and more.  Like Ted Levine as a Hunter S. Thompson pastiche. 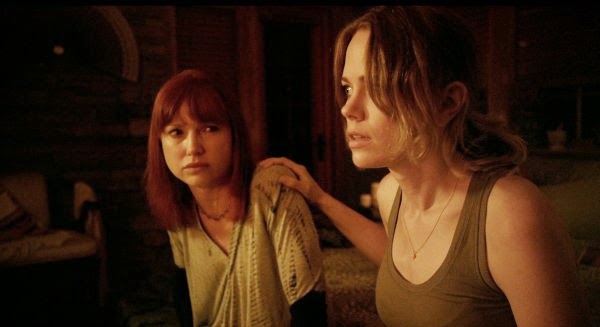 Written and directed by Blair Erickson, this part found footage, part regular point-of-view movie takes both of those tropes above and tries out a new spin on the Lovecraft story From Beyond (also a fun 80's cult film).  Author James and his pal Renny are in the midst of researching for a book that will delve into the mind-altering drug experiments that the U.S. Government allegedly inflicted on citizens.  James claims that he has a sample of the drug they were given and gets on with his own experiment.  The moment he drinks the sample, strange things start happening, including shadows outside the windows and a mysterious broadcast emanating from the radio.  Renny follows James to investigate, but is suddenly faced by a horrifically-changed James before his camera blacks out.  James' girlfriend, investigative reporter Anne (Katia Winter), makes it her mission to find out what happened to James and Renny, who even though he survived his encounter has now disappeared.  Anne tracks down eccentric author Thomas Blackburn (Levine), who says he has evidence and proof that could lead her to James' whereabouts.  At his desert getaway, Thomas and chemist Callie, take the drug and insist that Anne has taken it as well.  Strange noises and shadows fall over the house and Callie is changed in a similar way to James before she disappears.  Anne and Thomas track down Callie, which eventually leads them to a remote outpost in the desert - seemingly the source of the strange broadcasts.  Of course, what they find in there isn't exactly the truth they wanted.  And that's where I'll stop the synopsis because, you know, spoilers. 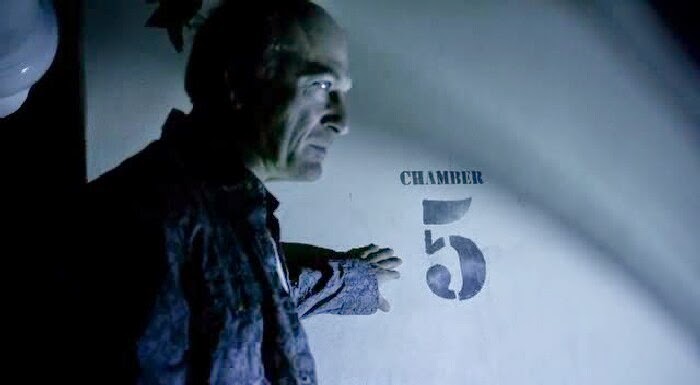 Balancing creepiness with occasional jump scares, Banshee Chapter finds itself in the upper echelon of found footage movies, in my opinion.  It features a compelling story with incredibly tense moments and fine acting from Winter and Levine.  There are moments where the scares are right in your face, and others where they're on the outskirts of your perception - much like a Lovecraft story.  Moments like Renny running into James and Thomas' disturbing seizure in the car added to the mystery and urgency of the story.

I've always been a little fascinated with strange signals coming through on shortwave radio, but after seeing this movie, I'm not so sure I want to uncover more about these number stations.  Unless they're broadcasting winning lotto numbers, then hey, I'm all ears.

Until next time, here's this movie's trailer: