Babysitter Wanted (2008) Depends On Whose Baby 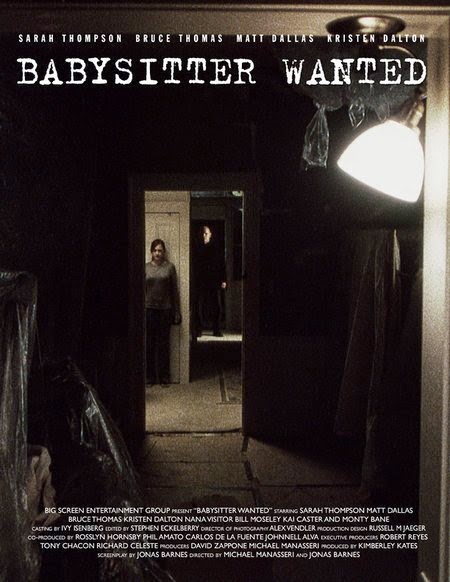 I was lucky working in college.  The highlight of my employment then was working in a video store (VHS, baby!), with the worst scenario being that some Lothario maybe got pissed because he couldn't impress his date since all of the copies of 9 1/2 Weeks were rented out.  I never had to babysit.  And after watching Babysitter Wanted, I count myself fairly lucky.

It was also that bygone decade, the crazy 80s that all the kids are talking about these days, when I attended my first college.  Long story.  In recent years, I've noticed a trend:  some horror movies are trying to reflect the look and ambiance of the 70s and 80s.  There's been a widespread return to the grindhouse and VHS days of old, and I gotta say that I really like it.  Sure, there are going to be some misses among the hits.  Law of averages.  But many of the recent ones I've seen have been on the "hit" side. 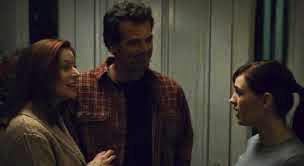 Babysitter Wanted falls on the "hit" side, but it did take me a minute to warm up to it.  Written by Jonas Barnes, and directed by Barnes along with Michael Manasseri, it tells the story of sweet, wholesome Angie (Sarah Thompson) and her first foray into college life.  Angie is devoutly religious and completely innocent of the underbelly of college.  Heading to Adams College (sorry, no nerds seen taking revenge), she moves in with a hard-partying but not unkind roommate and is forced to sleep on the crusty couch, since the previous tenant had sold the bed.  Looking for work, Angie grabs one of those phone number strips advertising a babysitting job.  She secures an interview, but becomes skittish when she realizes someone is following her around campus.  The sheriff (the always-great Bill Moseley) can't do much without more proof, but assures her that he'll come if called.  On the bright side, she meets nice guy Rick (Matt Dallas), whose intentions seem as pure as Angie's own heart.  Angie meets the Stanton couple (Bruce Thomas and Kristen Dalton) and their little tyke, Sam (Kai Caster).  Sam's a shy kid who always wears a cowboy outfit that his parents claim he never takes off.  Once the friendly Stantons leave, that's when the fun begins.  The mysterious figure stalking Angie shows up, and interrupts Sam's meal of meat and sauce to break into the house.

And that's when it takes a left turn I honestly didn't see coming. 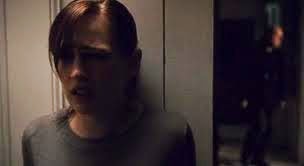 Of course, you know I'm not going to spoil it here.  Nothing is what it seems, and Angie is seriously in for the fight of her life as her faith and sense of reality are shaken to the core.

The movie is good fun, filmed in the vein of early- to mid-80s slasher movies with an over-the-top secret.  It looks like something you might find on VHS, and that's a compliment.  I enjoyed how it looked.  The acting is solid throughout, especially by Thompson as Angie.  She plays innocent, scared, and determined all in one, even if she is a slight (intentional) caricature.  Kyle XY alums Dallas and Thomas are also good as well as Dalton as the mother.  I'm a Bill Moseley fan, so obviously I'll say he was good, too.  Oddly enough, he didn't play a villain, but rather a kindly, concerned sheriff.

It was definitely a fun little movie, sure to please the gore fans as well.  There were a lot of bloody shots, and they carefully didn't show what was surely the most wince-inducing "cuts."

So be careful about that babysitting job.  Not everyone can have an adventure like Elizabeth Shue.