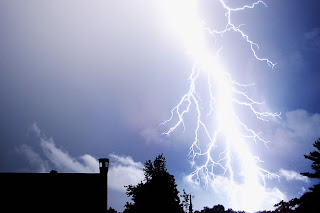 Over at a WGON Helicopter favorite, The Horror Digest, my good friend Andre discussed a recent poll by Filmclub regarding the most powerful moments in cinema. I fully agree with her that these polls and "official lists" and their ilk shouldn't be considered definitive and the ultimate authority on what is or isn't. One person's powerful moment may be another person's groaner, and vice versa. To me, it's much more interesting to see a variety of lists, as was done with Andre's original Top 10 Willie-Inducing Moments challenge - there are plenty of enlightening "I didn't think about that one" realizations upon seeing others' lists (see mine here). I had originally compiled some of these as an article I was outlining about moments in film that have made me say, "there's something in my eye."

With that in mind, I'm going to expand it and present a few of what I consider powerful moments in film (and TV). Some might be horror, some might not be. The movies or shows you enjoy should move you in some way, and although I focus on the scary parts of the whole beast in this blog, this article will include the funny and sad as well as the scary. You might agree with some of them, and there might be some at which you roll your eyes. That's fine. It's my list.

In no particular order:

OK, let me nip this in the bud right now: I'm not going to open this up to arguments over whether or not the finale "sucked." I'm aware of how some people thought the ending wasn't right. I'm not one of them. I thought it was the very definition of a perfect ending. I'm not posting this to start an argument, but rather to show my feelings on it in terms of powerful moments.

Now, why this scene? There are several during that last episode that kick me right in the gut, but the final scene, after everything's tied together, gets me every time.

To sum up - because recounting the entire mythology of the series would take forever - heroic Dr. Jack Shepherd has been mortally wounded, despite winning his battle with an ancient evil force on the island and saving the world. We discover that the "sideways world" paralleling the present world is actually a sort of "heavenly waiting room" where this tight group of people would gather before moving on. Cutting between his true reunion with those he most loved and his final moments in actual life, the series comes full circle as Jack finds and collapses in the very spot he woke up in the first episode. It's already hard watching Jack slowly die, but when Vincent runs out of the woods as he did in the first show, his appearance and Jack's smile are perfect. But when Vincent lays next to Jack - the final demonstration of no one ever really going it alone on the show - something somehow gets in my eye. Top that with Jack's triumphant final smile as he sees the remaining survivors escape in a repaired plane, and try not to feel something. I mean, have you no soul?

There were plenty of great moments like this all through the entire series, but that would be an entirely different blog altogether for another day.

You know the moment: Maximus, once a mighty Roman Army general, is betrayed and left for dead by the conniving Commodus. Maximus fights his way back to Rome through sheer badassery. Impressed by this mysterious gladiator, Commodus demands to meet him, and this reveal causes the "awwwwww, crap" expression to spread across his face:

I've seen this movie a million times, I've practically worn out the Hans Zimmer score, and this moment still makes me want to say, "in your face, Commodus!"

It's no secret that the original Dawn of the Dead is my favorite horror movie, and among my favorite movies, no matter what the genre. To say it's influential is a gross understatement. While there are many scenes that give me chills, this scene sums up the sadness of Roger's inevitable death and zombification. The tough Peter - who only had met Roger just before their escape from Philadelphia - visibly cracks a little under the stress and emotion of a comrade and friend weakly crying out his final wishes.

Doctor Who "Doomsday" - The Doctor and Rose are forced to part

I came into Doctor Who late, but absolutely devoured all the recent episodes since the series was revived in 2005. It goes without saying that of the three outstanding actors they've had play The Doctor in that time, David Tennant is the favorite (not to take away from Christopher Eccleston and Matt Smith). The chemistry between Tennant and former pop singer Billie Piper as Rose Tyler was undeniable. So when it came time for Piper to move on, the character of Rose wasn't killed off, but left stranded in a parallel dimension as a result with a battle between The Doctor, Torchwood, and two of the Doctor's worst enemies, the Daleks and the Cybermen. Rose and The Doctor had fallen in love, but had never admitted it until...

Schindler's List is simply a masterpiece, a real cinematic piece of art about a real and very dark time in our world's history. Among the many great performances in that movie was that of Liam Neeson as the titular Oskar Schindler, a wealthy German who lost faith in the Nazi Party and saw the value of human life in his Jewish workers. Every name he put on a list would be spared the concentration camps, a mission to which he became dedicated. When the war ends, he realizes he should leave the country, but even more devastating is his belief that he could have saved one, two, many more lives by sacrificing as much as he could. His knee-buckling revelation and the workers' rush to support him gets me every single time.

Although I've let myself slip in recent years, Hong Kong action films were often my genre of choice, especially in the 90's. Now, I was always a huge Jackie Chan fan. I saw Cannonball Run in the theaters as a kid, and that was my first exposure to his wildly acrobatic martial arts style. Some time later, I saw The Big Brawl, a very Americanzied version of that style. I had little idea this guy had a superstar career besides what my then-limited resources could uncover. After seeing a documentary on Hong Kong films sometime around 1992, I was able to obtain a copy of Dragons Forever, starring Chan with his childhood buddies Sammo Hung and Yuen Biao. What I saw floored me. Gave me chills. Made me want to get up and try to avoid pulling a hamstring imitating the insane action on the TV screen. Hard-hitting, acrobatic, and mind-boggling - just three adjectives I can use to describe it all. Watching Chan battle kickboxing champion Benny "The Jet" Urquidez in that final scene simply blew me away, and there is nothing like the string of tremendous films these guys made during the 80's.


I called this a "partial" list because there are others I could include. Many others. What draws us to the movies and shows we love? Moments that touch us in some way, the hope that there are more moments like these in productions we're about to see. It could be a line, a martial arts battle, a snippet of music, the expression on an actor's face, a sequence of events that encodes itself into each of our unique tastes and feelings.

It's why we all love to sit in our comfy chair or that perfect seat at the theater and allow ourselves to be drawn into whatever stimulates that unique taste.

Until next time, it's time I turned on the DVD player and lose myself in what I'm about to watch.