Paranormal Activity (2007) Maybe Turn Down The Hype Volume Next Time 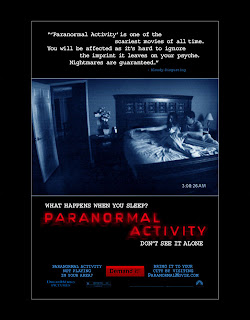 I think there might be a formula in the horror film genre, similar to physics or mathematics, in regards to the hype of a movie:

"The intense hyping of a film will be converse to the general reception of said film."

Remember The Blair Witch Project? Well, of course you do, what am I saying? That is the poster child of overhyping a film. Actually, the early marketing of the film was great and it looked like something different was coming down the horror highway. More often than not, I hear people speak in disappointed tones about that movie. Most are kinder to Cloverfield, which employed a blitz of viral marketing, easter egg-filled websites, and all sorts of bells and whistles. For the record, I rather liked Blair Witch Project and very much enjoyed Cloverfield.

Paranormal Activity came on like the little demon ghost engine that could. Made for about ten dollars and employing plenty of admirable cost-cutting tricks, the hype machine rolled out with all guns blazing. Moviegoers were told to demand it at their local theaters. Videos of shocked and screaming audiences accompanied the minimal trailers. There was an air of mystery, yet a tinge of skepticism among seasoned horror fans.

I finally got a hold of it and took it in one afternoon, many months after the hype had died down. What I found was a film that wasn't bad, but not the all-out assault on my senses I was promised. When it comes to faux documentaries featuring hauntings, Lake Mungo set the bar pretty high for me. 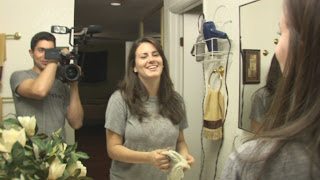 The plot of Paranormal Activity, directed and written by Oren Peli, is pretty straightforward: a young, upwardly mobile couple has been bothered by strange occurrences around their home for some time, and the boyfriend, Micah (Micah Sloat), is all excited about it. He thinks it would make a great documentary, but girlfriend Katie (Katie Featherston) is apprehensive. Seems the weirdness isn't new to her. She grew up with a feeling that something has followed her, and that something isn't a guardian angel.

It starts off light, a sound here, something moving there. They contact a psychic, who recommends they bring in a demonologist to nip this thing in the bud right away. Katie's okay with that, but Micah overdosed on his douchebag pills and wants to make a film project out of the haunting. 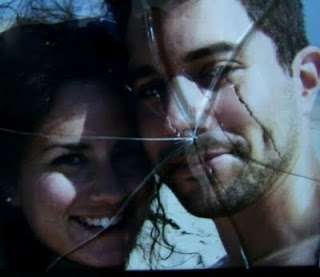 While the hauntings intensify, the once-strong couple starts to fall apart at the seams. Katie is angry at Micah for taunting the entity and dismissing her feelings. Micah is mad at Katie for not embracing his new passion for film, and for bringing the entity into their lives in the first place, which just another notch in Micah's douche-ism tally. The entity itself becomes more and more malevolent. It shows no signs of letting up, and the incidents become attacks. They even become more frequent in the daytime. It's suggested to the couple that no matter where they run, the entity will follow them because it's after Katie. 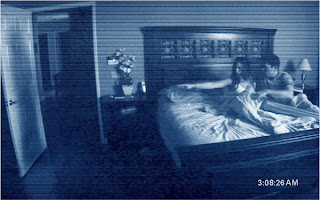 The nighttime footage gets weirder, with Katie sometimes standing and staring at Micah for long stretches of time. Footsteps sound, heavy and thunderous in the house. One night, something pulls Katie right out of bed and drags her into the hallway, even biting her at one point. Katie is off the deep end after that, and Micah finally gives in to leave the house. Oddly, Katie refuses, saying that everything will be "okay." 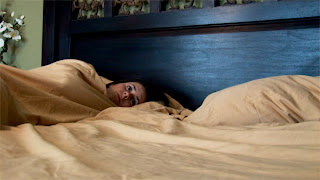 That night, Katie spends hours staring at Micah before leaving the room. She screams and Micah follows, beginning a terrifying struggle that we, the viewers, don't see. The theatrical release of the movie ends with (spoilers, so if you really want to know, highlight the text after this warning) Micah's body thrown into the camera, and a demonic Katie entering the room before disappearing, according to the final credits.

Of the three endings I know of, this appears to be the better one. It's not easy to end a movie like this on a note that everyone will agree with, but it wasn't horrible. And that's how I felt about the entire movie. I know it disappointed some and thrilled others, but honestly, I didn't get either side of that argument. Ultimately, I guess there was some disappointment, because I wanted it to be utterly terrifying, and it wasn't. First-person horror that is truly scary: [REC]. Still, the movie provided me with a fair amount of creepy-crawlies:
Too much hype is like too much sugar. It's good for the product, but if it's overdone, it ruins the taste of what could have been a hidden gem. I'm happy that such a small film could rake in mounds of dough, but there's a part of me that's cynical when the Hollywood Hype Machine-o-Rama demands I watch and be scared. As I mentioned before, Lake Mungo had me turning on the lights from sheer creepiness. Paranormal Activity had me interested, but not as skeeved out as I was told I should be.

So, what's next on the helicopter's rounds? Next time, I'll finally get around to discussing the great horror comic Crossed, which sets infection horror on a new path. After that, I might be doing a little article about I Sell The Dead, which just arrived in my mailbox.

Until next time, remember, if zombies follow you from place to place, unlike the demonic presence in this movie, you'll be able to see them...and smell them. Bring Febreeze.