5 Things That Give Me The Rage 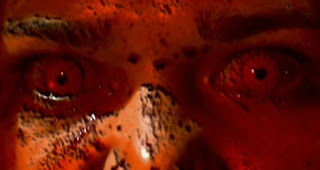 I'm not bragging when I say I'm an easy-going guy. I laugh a lot and I like to make others laugh or feel at ease. I like puppies and cotton candy and sunny days at the beach.

But there are certain things that can set me off on even my most serene days. Then, it's like I'm an extra in 28 Days Later: my vision goes red, I spout off obscenities in multiple languages, and I twitch like a jonesing junkie. What follows is a list of five particular things that stir something stupidly primal in me, some instant and some a slower burn, but all with the same result: Me. Pissed. Brimming with The Rage. 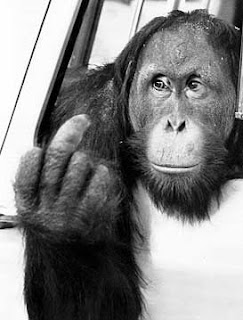 When I'm driving, it's like an office away from the office. I do a lot of thinking, talking to myself, and singing when I'm on the road. I like it to be relaxing. I'm trying to get from point A to point B safely and quickly. I look in my rearview mirror and all I see is bug-encrusted grill. Worse, headlights piercing my eyes like two vengeful suns. It's the dreaded tailgater - someone so "entitled" to the highway world that other cars just appear as hazy blobs to them. They're just things to intimidate or dominate. Maybe their car is bigger, or maybe it's more expensive. I don't care. I'm not easily intimidated, but I am easily angered by the folly of the tailgater. It's arrogance personified, and that's what sets me off.

I have my own solutions to tailgaters. The usual is to jack the brakes a little, get them to back off. Most of the time, that works. Another favorite is to start throwing papers and random objects around in my car while I argue with an invisible person...or at least appear to. I might be singing along to the CD, but my physical actions are those of a nutjob. The piece of work in the car behind me doesn't know, and hey, there is a success rate with it. 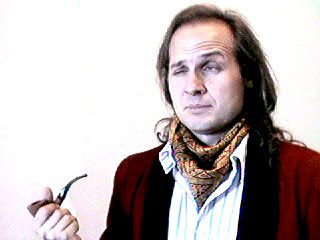 I know. They're everywhere. They're made fun of in movies, they haunted our childhoods, they aggravate us on a daily basis. But they really are everywhere. Some time in their lives, they got the idea that they were better than others. Maybe they want to be better than others - popular, if you will - so they associate only with those they think will elevate them to that point of "I'm better than you." Maybe they were conditioned that way through their family life. Money, status, material wealth, upbringing, college choice...all things that contribute. Maybe they've been given so many accolades, they forget where they started. To psychoanalyze the stuck-up person would take weeks, and frankly, I'd rather just headbutt them. Remember, stuck-up people (who probably aren't reading this anyway): you meet the same people going down the ladder you met going up. 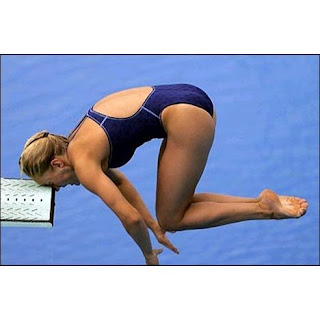 Actually, I have a really high threshold to pain. I feel it, but I grew up with the "tough it out" mentality. My brother and I were rough-and-tumble as kids. I've been hit by baseballs in the face. I started tae kwon do when I was eight, so I have experienced being kicked in the junk. But those are somewhat expected. You sort of see them coming.

Now let's say I'm hunched over a desk, trying to reach for a pen or stapler, whatever. I straighten back up, forgetting there's the corner of a bookshelf right above my head. That sharp corner stabs bluntly into my skull and I instantly feel the anger boiling so quickly, it makes me glad I wasn't irradiated with gamma rays. I would be The Hulk so fast, the property damage would be astounding. This is usually the incident in which I can actually create a new language consisting entirely of obscenities, screamed through clenched teeth. 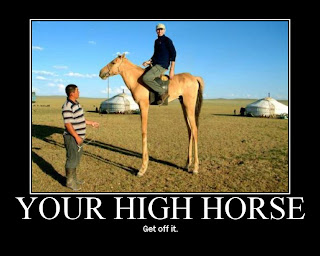 4. Being talked down to

Look, I have an education. Two degrees, one in English-Creative Writing and one in Elementary Education. I've had my share of life experiences, and there's no way I'm done yet. I've been around the block a few times.

That said, I can feel my blood heat up when someone lectures me. It's barely okay for my own parents to do it, but a total stranger? Someone who doesn't know me? "Well, you really need to..." That's one way it starts. I know this is similar to the stuck-up entry earlier on the list, but there are differences. There's a smugness that goes along with someone trying to force their political, religious, moral, or everyday agendas on me that really makes me feel like doing this to them: 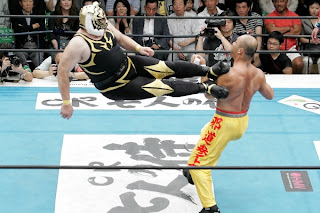 And I'll wear that costume if I have to. 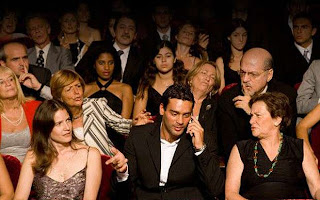 5. Movie talkers who think they're auditioning for a trivia show

Movies, specifically horror movies, are what brought me into the horror blogging world, and they are what bring the others in the horror blogosphere together. So, I know this might speak to many of you who do blog about film. Sometimes seeing a movie in a crowded theater can be fun. But like many, I like cathedral silence when I'm watching a film, especially one that I've been dying to see or requires a good bit of attention.

I can't stand when people don't have a whisper switch. It's not that hard, people. Just breathe the words. But there's one breed of talkers that get me feeling all stabby. They're the ones that know they're talking loud, and not only don't care, but think they're the most clever person to set foot inside the place. They loudly proclaim trivia about the movie, the actor, the director, the craft services, whatever nugget they read on IMDB. They add their little opinions or remarks as if there's a trivia show casting agent in the theater with them. Or, in a worse affront to me, they're acting as if they're on "Mystery Science Theater 3000." That's my favorite American comedy, numbnuts, don't sully the memory of that fine show by thinking you have the grace of that cast.

Well, there you go, my dear friends. Just thinking about those things is making me seethe, so to balance out this list, I give you this, a picture of a baby rhino running: 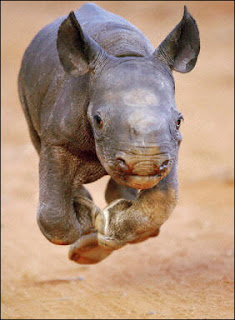 Until next time, remember that one good thing about the zombie apocalypse is no more tailgaters and money doesn't mean a thing.